Thanks to the Warner Brothers, flying is no longer the stuff of fantasy books. Hasn’t been for a long time. Flying has been utilized for its swiftness, effectiveness, efficiency, so on and so forth.

This article delves into a specific type of aircraft, which is the helicopter.

A type of rotorcraft called a helicopter uses rotors that rotate horizontally to provide lift and thrust. This gives the helicopter the ability to hover, move laterally and forward and backward, take off vertically, and land vertically. These characteristics enable the employment of helicopters in crowded or remote places where fixed-wing aircraft and many types of STOL or STOVL (Short Takeoff and Vertical Landing) aircraft are unable to operate without a runway. 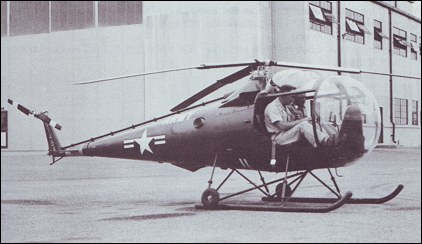 The first helicopter to reach full-scale manufacturing was the Sikorsky R-4 in 1942.

Summary show
What is B2B helicopter business?
Exploring the Advantages of B2B
Breaking down the features and Specifications of B2B

What is B2B helicopter business?

In Philadelphia, Pennsylvania, Newby O. Brantly founded Brantly Helicopter Corporation in 1945. The Sikorsky VS-300 so inspired Brantly that he decided to create his own helicopter. His first helicopter, the coaxial-rotor Brantly B-1, flew for the first time in 1946. The B-1 was never manufactured.

He made the decision to develop a two-seater with a straightforward rotor design after learning from the B-1. The Brantly B-2 helicopter flew for the first time in 1953. The business relocated to Frederick, Oklahoma, in 1957, and the B-2 received certification there in 1959. Later, he created the Brantly 305, a five-seater aircraft that flew for the first time in 1964. It went into production in 1965 and was given FAA certification the same year.

After his first design, the Brantly B-1, was a failure, Newby O. Brantly made the decision to create a simpler, less complex helicopter for the individual buyer. On February 21, 1953, the B-2 made its first flight. It had an anti-torque tail rotor in addition to a single main rotor. A second prototype that was improved after that had its first flight on August 14, 1956.

The B-2B had a larger 180 hp fuel-injected engine, although the B-2A was initially presented with a redesigned interior. The B-2B can be flown with skid, wheel, or float landing gear and features an all-metal fuselage with a three-bladed main rotor. Behind the cabin, in the fuselage, the piston engine is mounted vertically.

Exploring the Advantages of B2B

The fundamental design has been produced continuously for more than 50 years.  The B-2 (also known as the YHO-3) was assessed by the US Army in 1958, but it was not purchased. The Brantly 305 is a better, larger version with five seats.

The Model B-2B can fly with skid, wheel, or float landing gear and has a three-blade main rotor and a two-blade rotor. The fuselage is made entirely of metal.

In an enclosed cabin, there is space for two people to sit side by side, and dual controls are standard. Just aft of the cabin, the Avco Lycoming engine is positioned vertically in the fuselage.

For testing purposes in the observation function, the Army purchased five Brantly Model B-2 light helicopters in 1949. The type, which made its first flight in February 1953, was initially designed for the anticipated “personal helicopter” market anticipated in the early 1950s. It was a compact and straightforward piston-powered aircraft. The Army acquired five devices with serial numbers 58-1492 through -1496 and gave them the designation YHO-3. These devices underwent testing at Fort Rucker and the Naval Air Test Center at Patuxant River, Maryland. All five of the aircraft were subsequently returned to the manufacturer after it was determined that they were all too small for actual military usage.

Breaking down the features and Specifications of B2B

Simple construction with a constant-taper fuselage and blown primary transparent. Two-blade tail rotor situated on the starboard side, with guard. A three-bladed primary rotor that is double-articulated, has flap/lag hinges at 40% of the blade’s span, as well as pitch-change and flapping hinges near to the hub. symmetrical, stiff, outboard part NACA 0012, inboard blade component having a 29% thickness/chord ratio. Transmission using a planetary reduction gear and an automated centrifugal clutch. Bevel gear take-off from the main transmission with a flexible coupling to the driving shaft of the tail rotor. Engine rpm to main rotor ratio is 1:1; rpm to tail rotor is 1:6.158. 400 rpm at lowest, 472 rpm at maximum for the main rotor.